Have a taste for adventure?  Check out the library’s new exhibit, Pirates & Privateers: Summer Books and Movies featuring books and DVDs about pirates from history, legend and today.  With topics as varied as swashbuckling buccaneers to the Somali pirates of recent times, you’re bound to find something to read or watch that will educate or entertain. The exhibit runs from May 15 – August 15, 2016.

The word pirate is a general all-encompassing term which refers to anyone who uses the sea to commit theft, from Vikings to the Somali pirates active in recent times.

A privateer is any individual granted license by their government to attack shipping belonging to an enemy government, usually during a war.

A buccaneer (derived from the French boucanier, meaning "to hang around with low-lives") is a pirate or privateer operating in the Caribbean during the late 17th century and early 18th century.

Finally, did you know that September 19th has been designated International Talk Like a Pirate Day?   (Arrrggggh.) 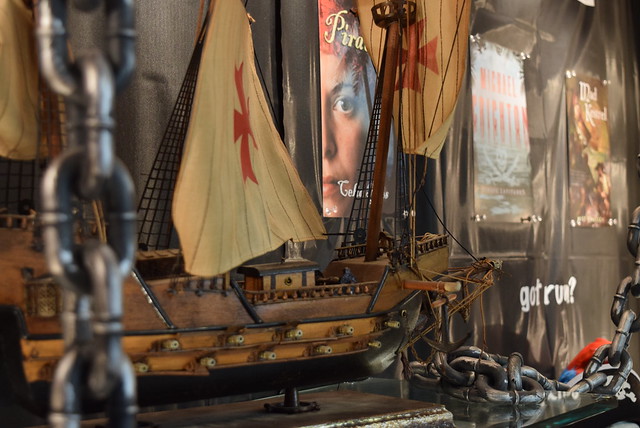