The Beatles: Through The Eyes of Artists

The Beatles: Through the Eyes of Artists

During the summer semester 2021, we feature an exhibit of artwork reflecting one of pop culture's most celebrated bands - The Beatles.   As Mike Evans, author of The Art of the Beatles noted, "The Beatles were much more than just a pop phenomenon, and second only to their timeless music their appeal was visual.  Their image – while continually changing - was constant, instantly recognizable, universal...   Painters, photographers, sculptures, graphic designers – all were involved in the development and perpetuation of the Beatles’ image, to a point where it became part of the visual vocabulary of the late 20th century."  The exhibit runs from May 2021 - August 2021 in the lobby area and lower level of the DiMenna-Nyselius Library. We hope you enjoy the show! 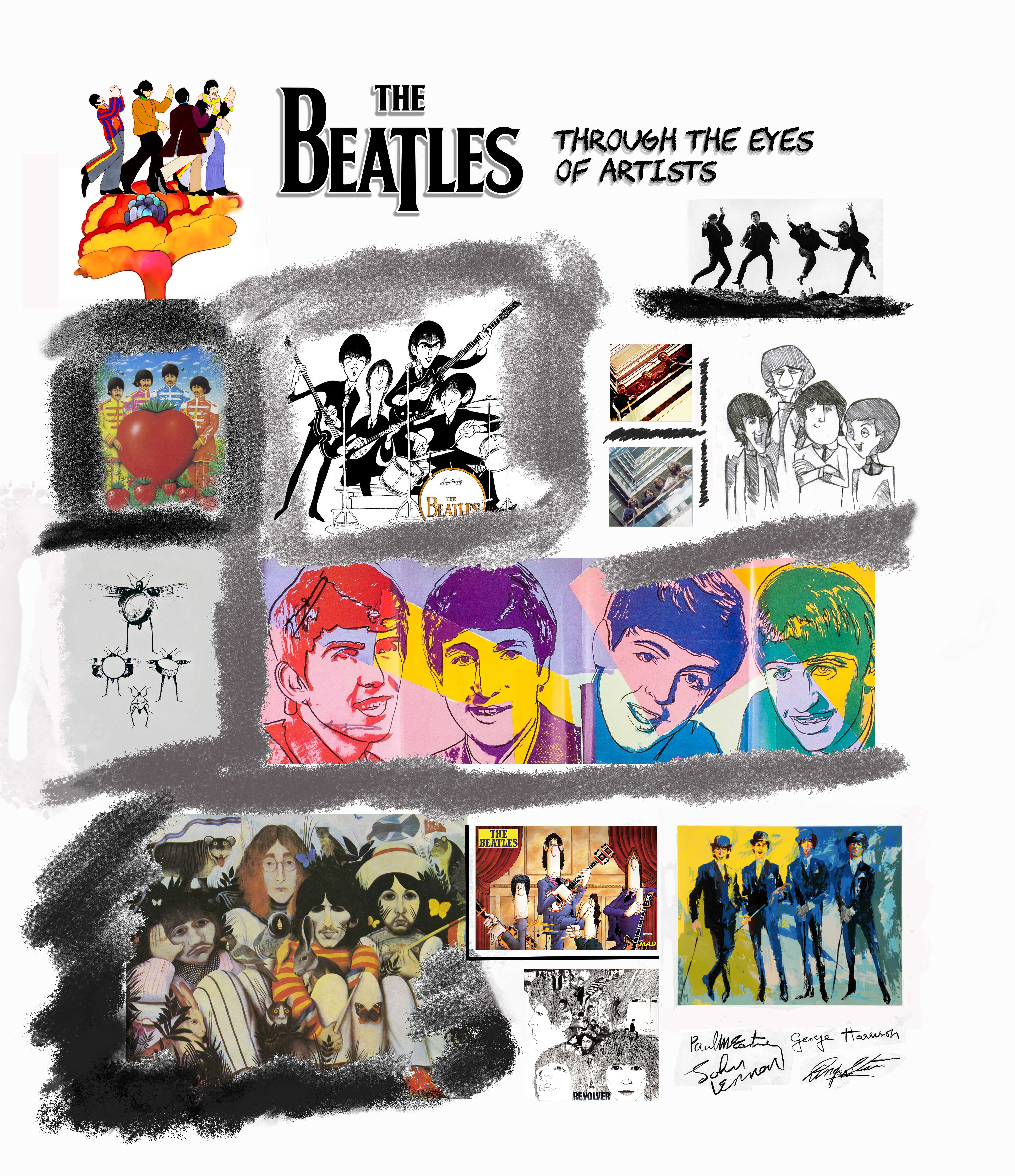 Key to the Artists 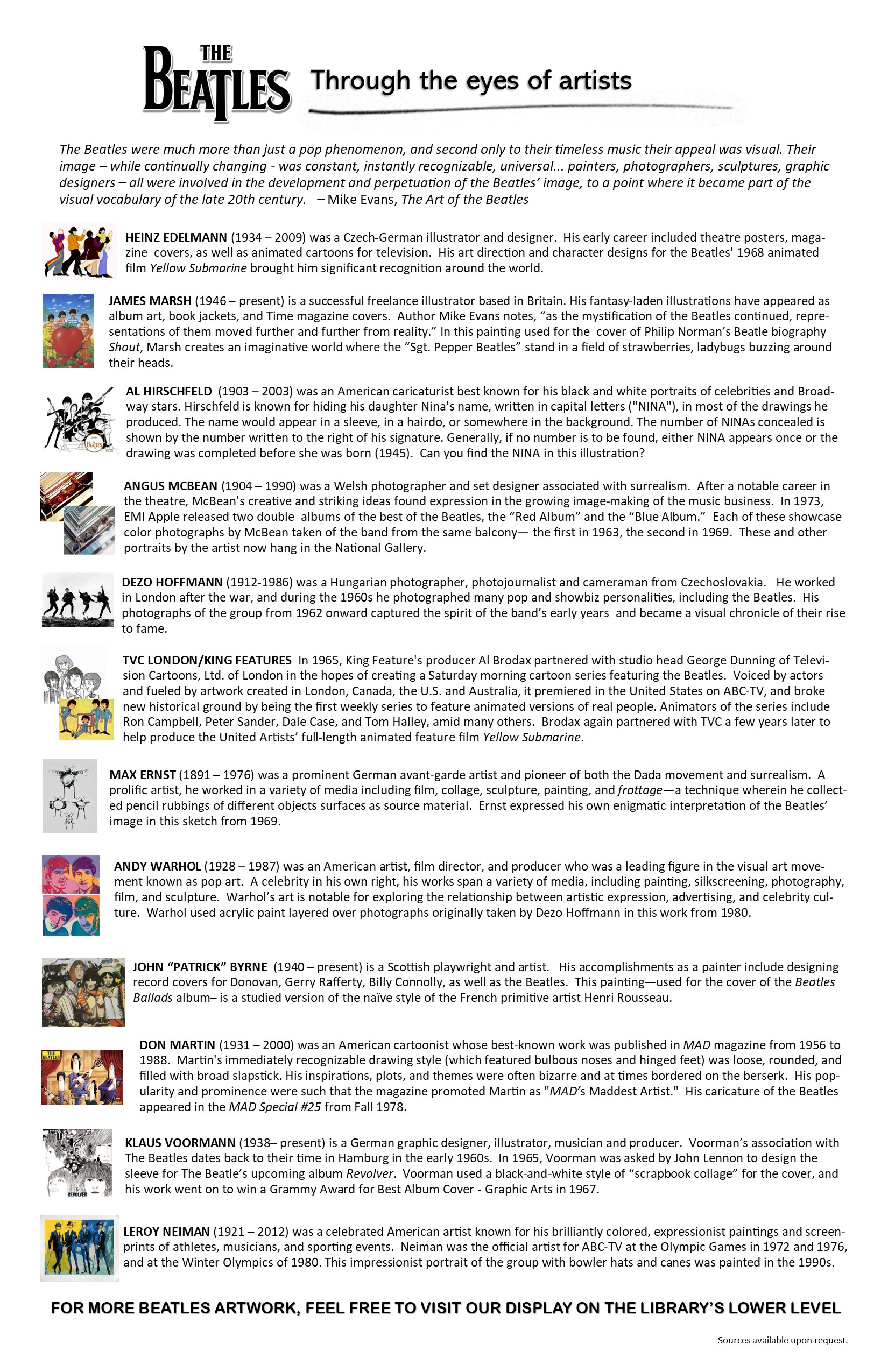