Celebrate with the Library

This year marks the 20th anniversary of the renovation and expansion project that made the DiMenna-Nyselius Library a focal point for the intellectual life of our campus. The original library building opened its doors in 1968.  Spearheaded by Director of Library Services Joan Overfield, this original building was expanded and renovated in 2001.  The new library doubled its size, offering space for 900 seats, numerous group study rooms,  a 90-seat multimedia auditorium, cafe, and much more. This tremendous undertaking was supported largely by a gift from alumnus Joseph A. DiMenna, Jr. ’80.  In 2019, the the Library welcomed new campus partners into the building and became the Academic Commons.  Join us in celebrating this important milestone in our library's history,  and the University's ongoing commitment to academic innovation and excellence.  This exhibit runs from September - December 2021. 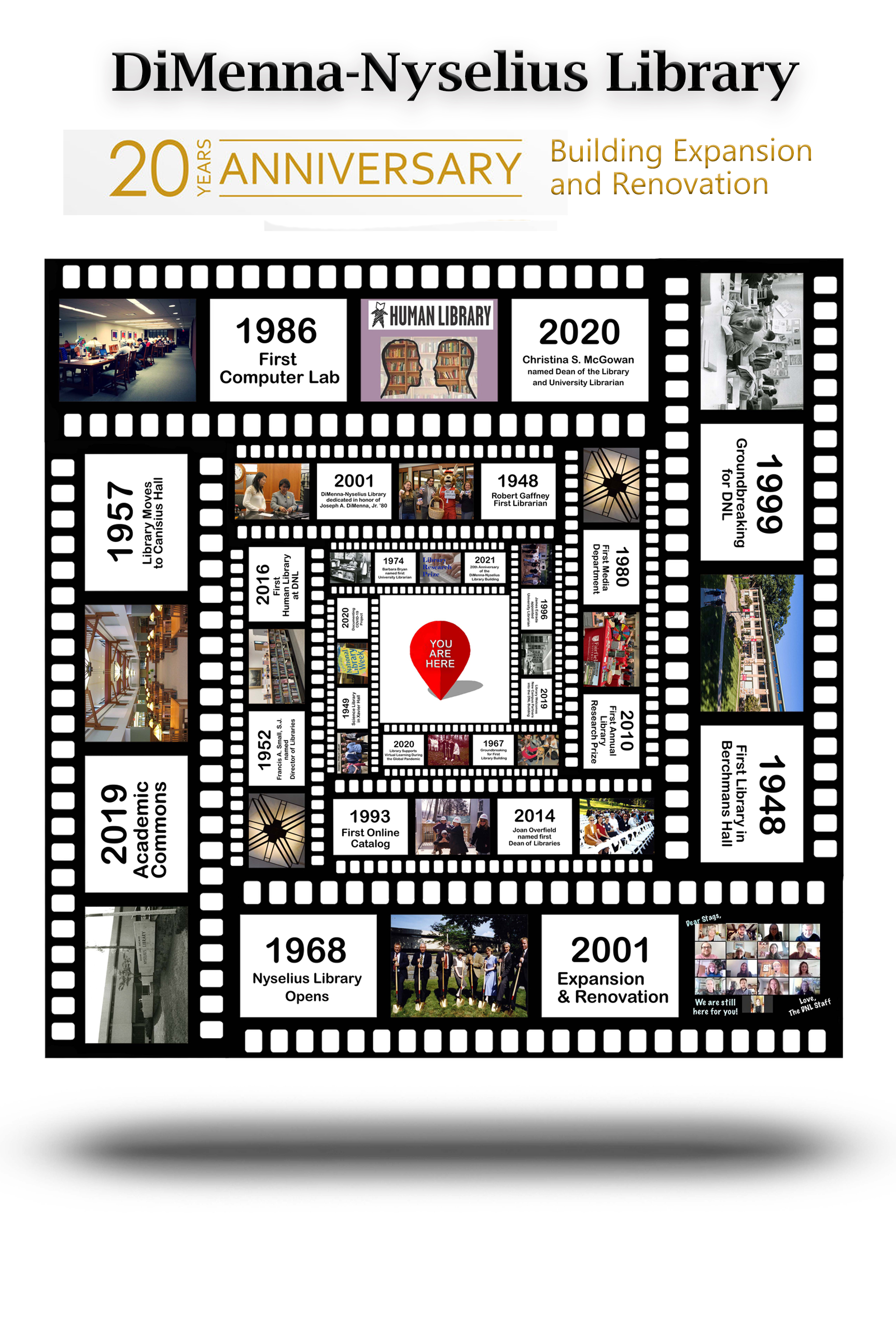 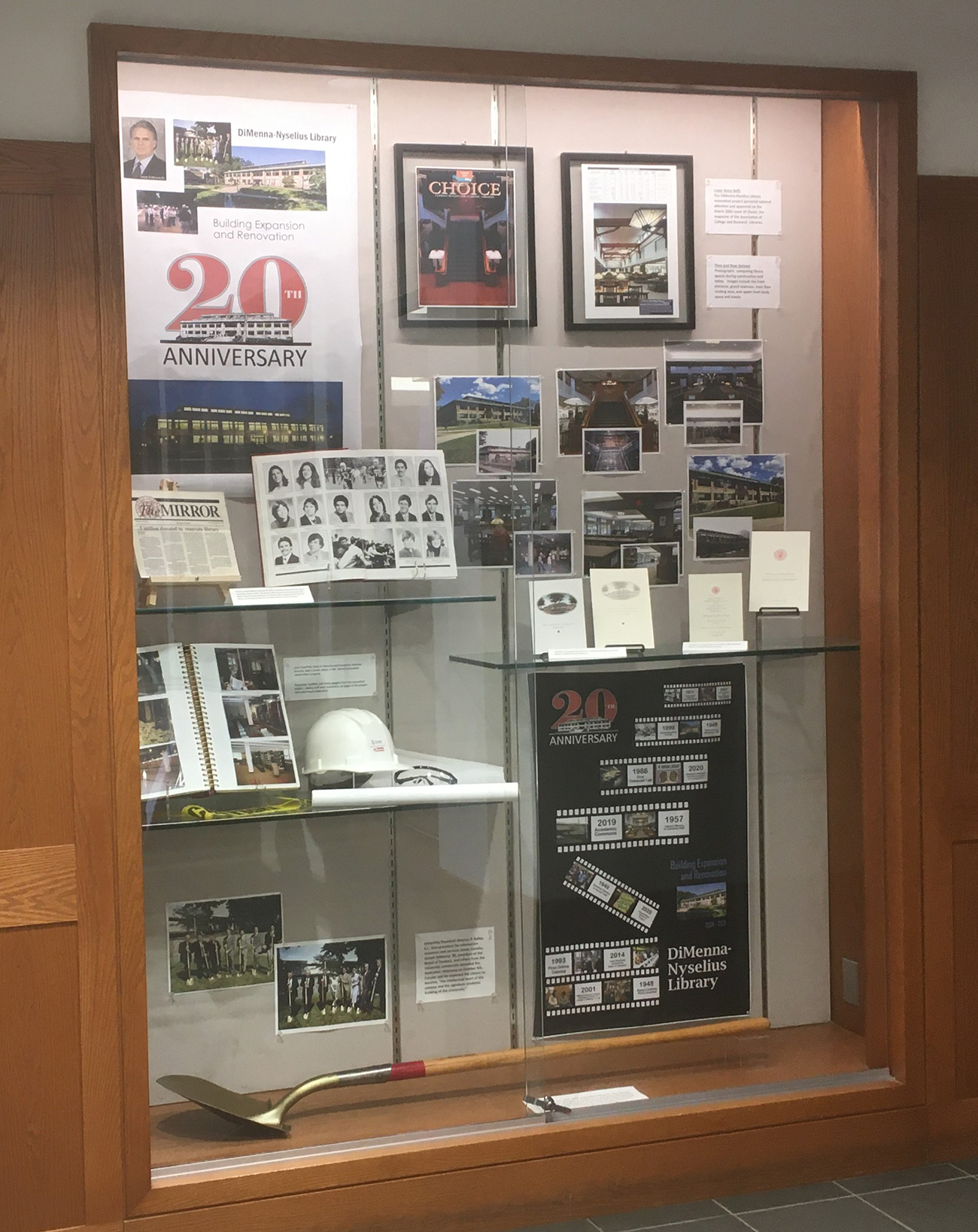