Fairfield U @ 75: Building Our History

Fairfield U @ 75: Building Our History

Come join us in celebrating Fairfield University's 75th anniversary!  Founded by the Jesuits as an all-boys high school in 1942, the Fairfield College of St. Robert Bellarmine has grown into a top-flight preparatory school and university, offering a diverse range of undergraduate and graduate programs.

This exhibit itself consists of three micro-exhibits.  One lobby showcases features original architectural renderings of some of our best known buildings on campus, including the Faculty Office Building (now Donnarumma Hall), the Campus Center (now the John A. Barone Campus Center) and the Center for Financial Studies (now the Dolan School of Business).  The other showcase is a celebration of the library itself, featuring figures from the life-size hammered bronze screen by artist Lumen Martin Winter that used to be on display in the original 1968 building.

The third micro-exhibit is called Campus Roads: Putting a Face to the Name, and can be seen in the four lobby vitrines and two vitrines on the library main floor. Each case features an inset map of roads on campus that are named in honor of former staff and faculty, with a photo and explanation of how they contributed to the legacy of Fairfield University. 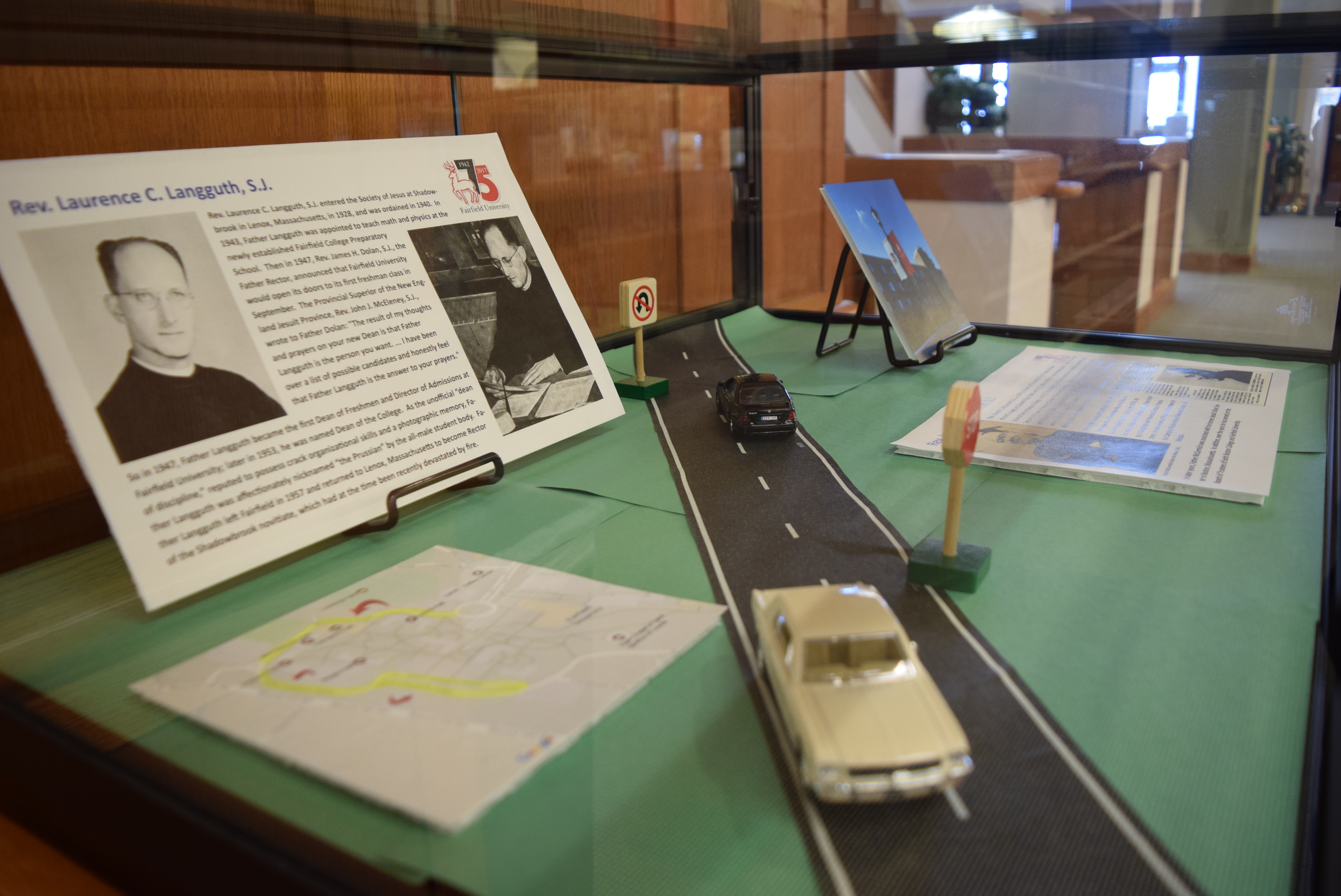