When rebels of the Frente Sandinista de Liberación Nacional (FSLN) defeated the forty-six year dictatorship of the Somoza dynasty and its allies, they faced the the daunting challenge of creating a new kind of nation-state which would address the interests of the vast majority of impoverished, illiterate people in the nation. Prof. Walter Petry made his first visit to Nicaragua in July 1981 and observed the enthusiastic celebrations of the second anniversary of the Sandinista triumph. In succeeding annual visits from 1983 through 1992, one of his major concerns was to identify material that would illuminate the Sandinista revolutionary project (1979-1990) for future generations.

Material in the Petry Collection includes newspapers, journals, pamphlets, posters, one object (mask) and other print-based material related to the Sandinista Revolution in Nicaragua (1979-1990). Also included in Prof. Petry’s donation to the University are 400 published books (secondary sources) that have been incorporated into the library’s main circulating collection.  There is also a two-volume DVD set available for viewing, in which Prof. Petry discusses the Sandinista Revolution and highlights certain aspects of this collection. 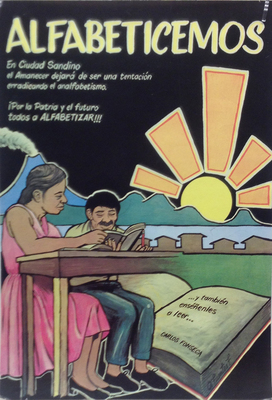 Please visit the Walter J. Petry Collection Image Gallery, part of Fairfield University's institutional repository DigitalCommons@Fairfield, to view this and many other posters from Nicaragua related to the Sandinista Revolution.

For a complete list of books related to the Sandinista Revolution, feel free to visit the Walter J. Petry Collection Book Gallery, also part of DigitalCommons@Fairfield.